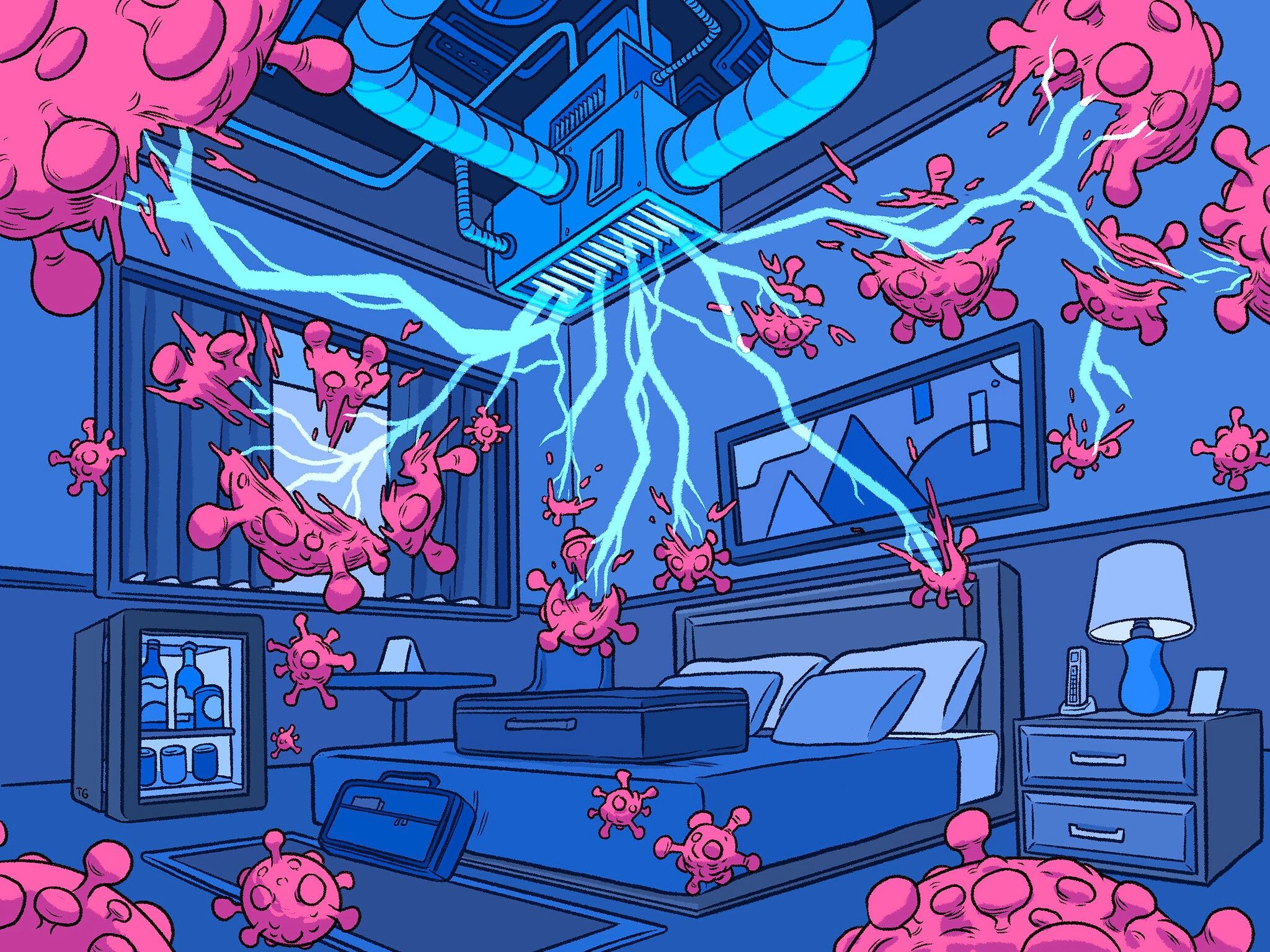 But as research on virus spread has shifted focus from surface contact to airborne transmission, some hotels and cruise ships are scrubbing the very air travelers breathe with a variety of air filtration and treatment systems.

“The best amenity that any hotel could provide under those circumstances is safety, especially in the air,” said Carlos Sarmiento, the general manager of the Hotel Paso del Norte in El Paso, Texas. The 1912 vintage hotel recently reopened after a four-year renovation that included installing a new air purification system called Plasma Air that emits charged ions intended to neutralize the virus and make particles easier to filter out.

With the new air-scrubbing campaigns, hotels are following airlines, many of which have hospital-grade, high-efficiency particulate air (HEPA) filters that are said to be over 99 percent effective in capturing tiny virus particles, including the coronavirus.

Hotels and cruise ships can more easily ensure social distancing than airplanes, but, given the recent research on the importance of enhanced air filtration, some are adding air-cleaning dimensions to their heating, ventilation and air conditioning (HVAC) systems, which already aim to remove dust, smoke, odors and allergens.

How air is purified

Researchers, including those at New Orleans’s Tulane University, have found that the tiny aerosol particles of SARS-CoV-2 that are emitted when someone with the virus speaks or breathes can remain in the air for up to 16 hours.

Along with social distancing, mask wearing is the first line of defense against breathing contaminated air indoors, said Dr. Philip M. Tierno Jr., a professor of microbiology and pathology at New York University School of Medicine, who has consulted with HVAC companies.

“HVAC systems are of great significance in reducing the amount of airborne particles since this virus can be spread in an airborne fashion,” he added, calling the tiniest aerosols “the most dangerous.”

There are several ways to remove these particles, he explained, including fresh-air ventilation, which dilutes the pathogens.

Air cleaning technologies include bipolar ionization systems, which, according to their manufacturers, send charged ions out on air currents that damage the surface of the virus and inactivate it. They may also bind with the virus aerosols, causing them to fall or be more easily filtered out.

“We talk about it as nature’s cleaning device,” said Kevin Devlin, the chief executive of WellAir, which sells the bipolar ionization system Plasma Air installed at the Hotel Paso del Norte. He noted that air at high elevations in the mountains that “smells clean” has higher amounts of ions.