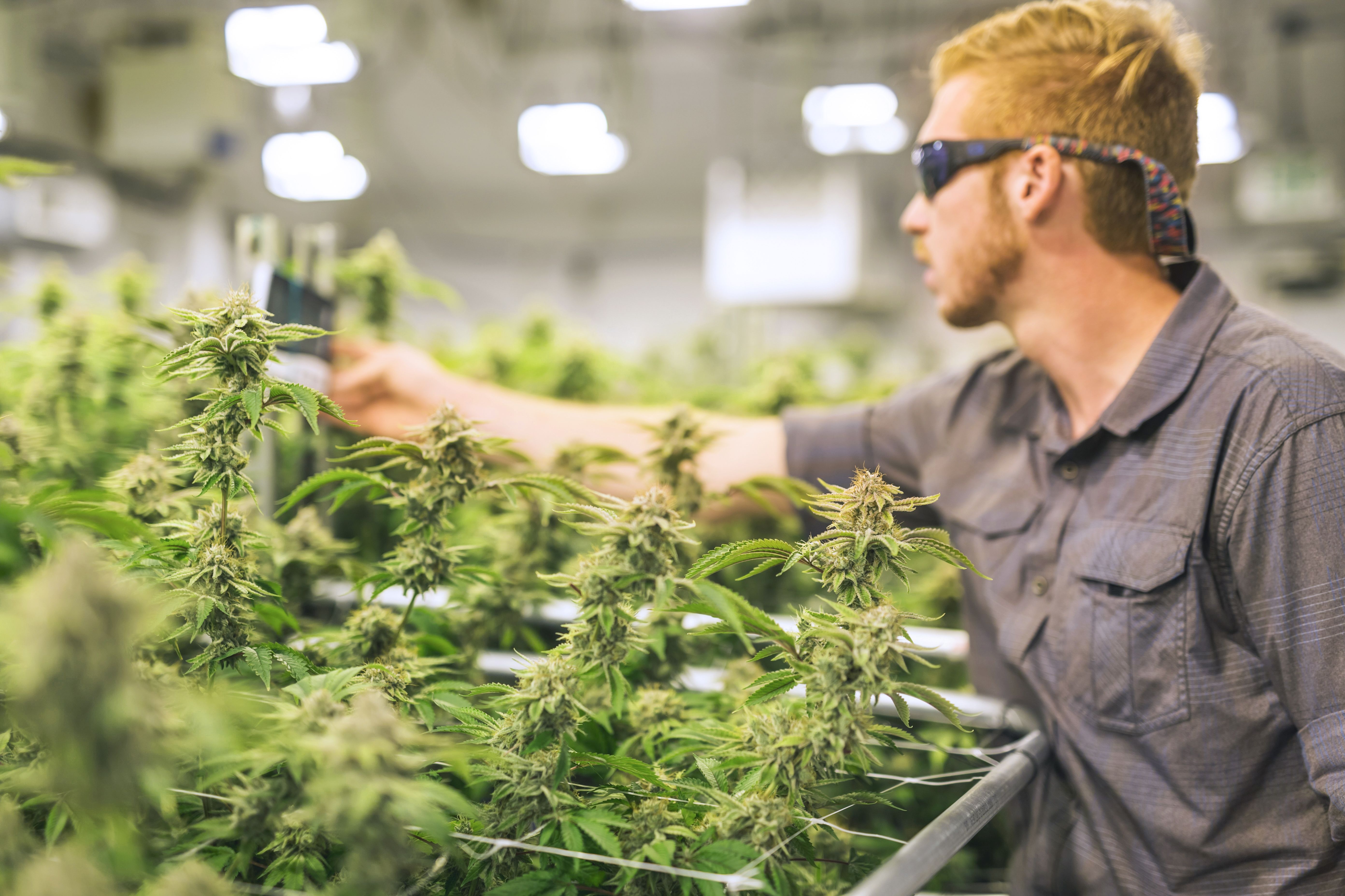 “Once you fail testing, your options are to cook the product or turn it into concentrate — either way, you lose more than half the value of the harvest,” says Patrick Campbell, operations manager for Leiffa, a Denver-based cannabis company. Though some growers consider cannabis regulations arbitrary and onerous, in reality, facilities can easily meet both odor requirements and mold standards without compromising profits. In fact, growers can vanquish both the offending stench and mold spores with a single, affordable technology: bipolar ionization.  Easily added to existing HVAC systems, this powerful technology can save growers from neighbor feuds, costly lawsuits, government fines, failed lab testing, and reduced crop yields.

How Cannabis Growers Can Vanquish That “Skunky Smell”

On the odor-control front, growers must be proactive. Regulations are not going away, and neither are noisy neighbors. Everywhere cannabis has been legalized, tensions between growers and nearby residents have arisen. Neighbors have complained about the “really stinky skunk smell,” “pungent, foul odors,” and the “unbearable stench.” In complaints and media interviews, they’ve told stories of being “trapped inside” their homes, unable to barbecue or play basketball, and being forced to wear respirators when the cannabis buds are flowering. Students at a California high school even told reporters their campus reeks from the marijuana grown at nearby farms. Throughout North America, neighbors are suing cannabis growers, claiming the odor makes life unlivable or is driving down their property values. Whether growers win or lose, lawsuits are expensive.  So are odor-related fines issued by cities and counties.

A Boulder, Colorado, marijuana facility was fined twice, to the tune of $14,000, after neighbors claimed the stench was wafting near their homes. A Petaluma, California, facility — facing more than $1 million in penalties for multiple violations of cannabis ordinances — agreed to shut down completely, after neighbors used the Racketeer-Influenced and Corrupt Organization to sue over the smell. Many localities have enacted zero-tolerance odor regulations: There must be no smell detectible — not just at the property line but anywhere outside the facility. In efforts to comply with such ordinances, growers have tried a range of inadequate strategies, like putting fabric-softener sheets in air ducts or growing lavender on the premises. Other approaches may work but are cost-prohibitive; several growers, for example, have invested hundreds of thousands of dollars on systems that spray menthol-scented vapor, made of essential oils, around the edge of the greenhouses.

The most common approach is to install a carbon filter in the duct system. The carbon traps terpenes, the compounds that give cannabis its distinctive smell, as air passes through the filter, before it exits the building. However, because of the high humidity necessary in grow environments, carbon filters often fall short. In addition, they require expensive maintenance and reduce airflow through greenhouse fans. Far more effective, and about 30% less expensive than carbon filtration, is bipolar ionization, a technology deployed by Plasma Air’s solutions. This technology purifies the air by breaking down and removing odors s. But rather than funnel the air through a constricted space for treatment, as some chemical and filtration systems require, bipolar ionization units purify the air in the room. The odor simply vanishes. “If you blindfolded someone, there’s no way they would know there’s marijuana in the room,” says Patrick Campbell of Leiffa, which has installed bipolar ionization in its HVAC systems.

What’s more, the technology does double duty, eliminating noxious odors while pre-empting growth of botrytis (aka “bud rot”), powdery mildew, and other mold varieties that cause crops to fail lab testing. Mold prevention is a lot more effective than treatment. “There is no way to completely cure an infected plant,” cautions Royal Queen Seeds, one of Europe’s most experienced cannabis seed companies. “All you can do is try and keep the disease at bay while healthy sections of the plant grow.”

Complicating matters, mold becomes contagious when it starts to grow spores. Spores — hard to detect at first and then, in advanced stages, visible as little black spots — can travel through the air and contaminate other plants.  Growers who treat moldy plants risk infecting the rest of the crop — a crop that is likely to be of diminished quality, anyway. In most cases, notes Royal Queen Seeds, “it is better to cut your loss and burn the infected plants.” Indicas are more susceptible to mold growth than sativas, though all cannabis strains are at risk in sub-par growing conditions, including excessive humidity, poor ventilation, and dense foliage. To prevent mold growth, experienced growers use a variety of methods, including pruning crops to increase airflow and reduce moisture collection. Adding compost and nutrients helps, too, strengthening plants’ immunity to infection.

But no aspect of mold control is more effective than bipolar ionization, commonly used in grow, curing, and drying rooms. The technology produces both positive and negative ions. In combination, these ions radically reduce mold spores and bacteria on cannabis plants, enabling growers to pass even the most stringent testing standards. In Colorado, for example, state regulations require microbial testing on every plant sold in the recreational market, with a maximum allowable value of 10,000 colony-forming units (CFUs) per sample — a limit numerous companies have failed to meet. “Everyone’s struggling with this problem,” says Leiffa’s Patrick Campbell. “The microbial testing doesn’t differentiate between good and bad molds. It’s important for us to kill everything.”

Before Leiffa installed Plasma Air’s technology in the HVAC systems of its harvest and curing rooms, the company’s test results were all over the map; several batches failed state testing. Not anymore. More than 20 tests have yielded the same results for mold: “none detected. Soulshine Cannabis in Renton, Washington, has also noticed a dramatic reduction in mold growth since installing Plasma Air units in its HVAC units. “Before you opened them up and they were just covered with a nasty, moldy growth,” says Frank Lane, Soulshine’s lead grower. “The coils were collecting pink, furry stuff.” These days, not only are the coils much cleaner, says Lane, but tests prove Soulshine’s plants are healthier, harboring significantly fewer bacteria and virtually no yeast or mold. In addition, the moisture that runs off the plants is now so clean than Soulshine can recycle most of it. “These units give us 200 gallons a day that we’re able to reuse and water the plants with, after it’s filtered to remove any metals,” Lane says.

As cannabis growers are well aware, the industry’s margins are slim, and the stakes are high. An odor complaint, a government fine, or a failed microbial test can make or break a company’s season. But complying with both odor and microbial regulations is far less daunting than it may seem. Maintaining good-neighbor status and passing mold testing is simply a matter of being attentive — sealing buildings, controlling temperature and humidity, staying on top of maintenance — and using the best technology to purify the air.

Have a look at Plasma Air’s custom-engineered odor mitigation systems, and contact us to start planning your solution.